This new release incorporates a number of ‘world firsts’.

Sim4Life V4.4 also features the first robust "Maximum Exposure" algorithm for determining the largest power density of antenna arrays of any size on any arbitrary surface via a semi-analytical solver and five iterative optimization methods running in parallel.

In response to specific user requests, we have included enhancements of the IMAnalytics, HPC/GPU and LF solver extensions, together with a whole set of productivity boosts for data analysis and post-processing.

The new release improves user-friendliness and productivity, and includes general improvements and bug fixes, to make your daily work more effective. Feedback, as always, is greatly welcomed – we listen! 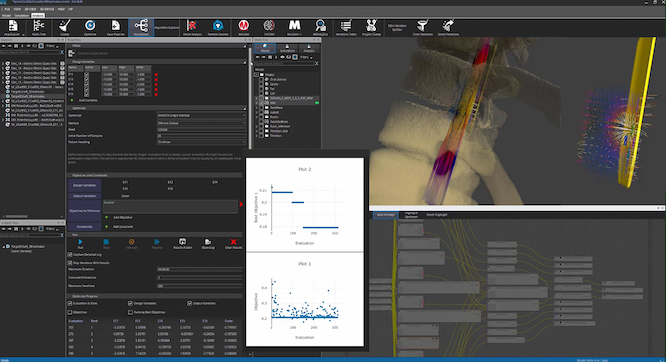 Coupled EM-neuro optimization in Sim4Life V4.4: Model of spinal cord stimulation where specific nerves need to be selectively stimulated or inhibited to promote a natural gait. The electrode excitation patterns and power levels are optimized to generate a subject-specific stimulation model.

The new Maximum Exposure Evaluator has already been tested by a user. Watch the movie here.

A comprehensive list of all new features, improvements, and bug fixes is included in the Release Notes.

The relevant Sim4Life installers for Win7/Win8/8.1/Win10 64-bit platforms can be downloaded here. Existing customers with an up-to-date annual maintenance and support plan, will receive individually all pertinent information regarding the Software Installer Download and updated licenses.

At ZMT we are committed to supporting our customers with the most innovative software solutions, testing equipment, and service. 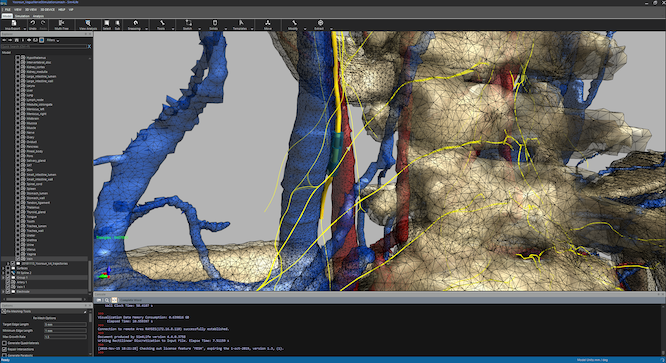 EM-neuro stimulation modeling in Sim4Life V4.4: Model of a cuff vagus nerve stimulator (VNS) surrounding the left cervical tract of the vagus nerve in the ViP Yoon-sun V4.0 phantom (including fascicles, perineurium, and different electrophysiological models of myelinated/unmyelinated C-fibers). The close proximity of the carotid artery (red) and vein (blue) affects the performance of the device and the outcome of the treatment. Yellow lines: nerve trajectories in Yoon-sun V4.0. 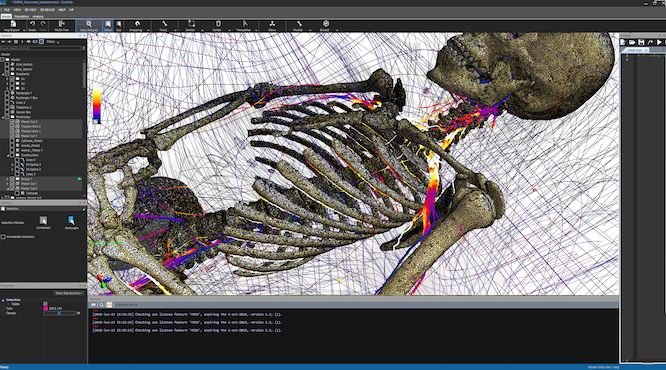 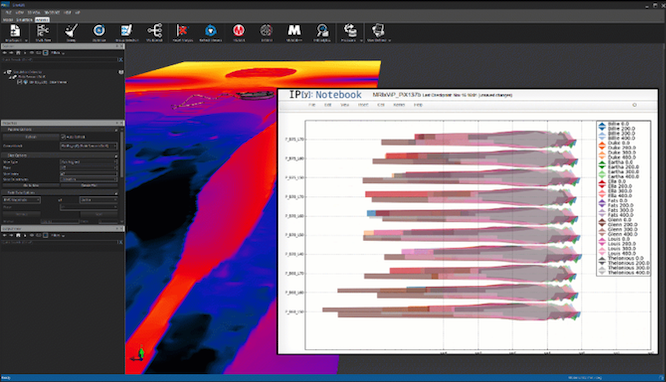 IMAnalytics V2 in Sim4Life V4.4: Computation of the distribution of power density deposited at the tip of a pacemaker across a huge range of MRI exposure conditions taken from the MRIxViP library [link to website]. Results can easily be sliced, diced, and projected onto any dimension thanks to the flexible visualization tools. 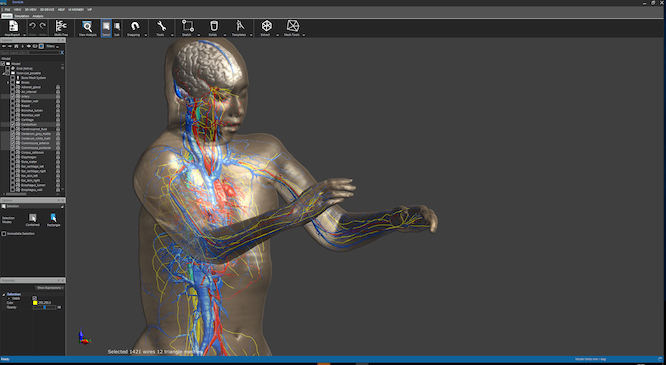 Yoon-sun V4.0 with detailed blood vessels (red/blue) and nerve spline trajectories (yellow). The model with all its details has been posed with the Sim4Life Poser tool in Sim4Life V4.4. 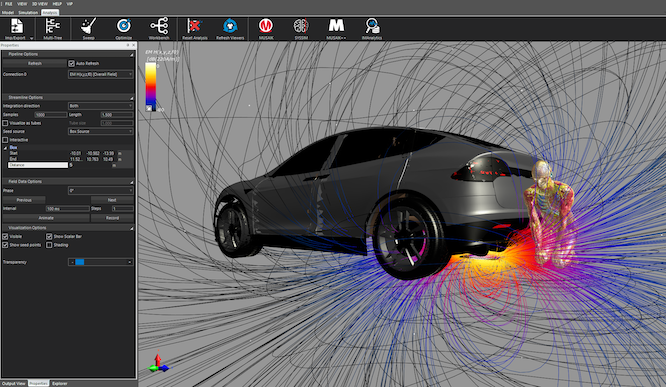 Magnetic (H-) field generated in Sim4Life V4.4 by a resonant wireless power transfer (WPT) system for charging an electric vehicle at 85 kHz. The H-field distribution was obtained in silico after analytical reconstruction of the vector potential A from sparse H-field samples.

User-defined analysis pipelines in Sim4Life V4.4: Customized post-processing tasks such as mass-averaged specific absorption rate (SAR) evaluations or other dosimetry analysis are now easy to save and reuse.