More than 50 neuroscientists and representatives of the medical device industry attended our third Sim4Life Workshop at Neuroscience 2019 on October 21, 2019, in Chicago IL, USA. Hosted by Michael Oberle of ZMT, key opinion leaders and scientists presented their current projects and the important role played by Sim4Life in their research success stories. Attendees also learned about best practices for image based modeling and simulation in neuroscience.

“Noninvasive Deep Brain Stimulation via Temporally Interfering (TI) Electric Fields”, was the title of the outstanding keynote lecture delivered by Nir Grossman of Imperial College London, UK. Nir introduced the audience to the concept of temporal interference stimulation, a recently introduced non-invasive, steerable, focal brain stimulation technique, based on the superposition of multiple, independent electrical fields in the kHz range. He provided insights into the different in vivo validation experiments in the mouse that include electrophysiological measurements, maps of C-fos activation during stimulation, and comparison with simulations. He also illustrated the results of preliminary validation investigations in the human, where stimulation was used in combination with resting-state BOLD fMRI, that largely validate predictions based on in silico data (not yet published). It could be concluded that TI adds a new range of capabilities to the existing brain stimulation modalities. And, as the non-invasive method does not require any tissue manipulation, rapid adoption in the clinic can be predicted.

Andreas Rowald of the EPFL Lausanne provided an update on recent achievements in the incredibly exciting pan-European RESTORE research project. He described in detail how targeted epidural spinal stimulation, developed by the research consortium, enables patients to recover locomotion after a severe spinal cord injury. He showed how the method was tested and improved upon, from the initial pre-clinical research in mice to the first in vivo trials with human patients. Andreas reported on the critical role played by Sim4Life in the overall success of the project, as it enabled the researchers to develop personalized neuroelectric models of the patients' spinal cords and identify computationally guided stimulation protocols for each subject via optimization of electrode placement and dynamic activation.

In his talk about “Challenges and Opportunities in Modeling of Peripheral Nerve Stimulation: An Anatomy-Functional Point of View”, Mario Ortega of the University of Texas in Dallas TX, USA, presented the various goals and challenges associated with the stimulation of different peripheral nerves (e.g., the vagus and pelvic nerves) in animals. He described how the different neural interfaces impact recording and stimulation performance from an experimental point of view, highlighting the importance of in silico modelling of neurostimulation in the context of the design of new neurostimulation devices, including closed-loop technologies.

In addition to these exciting success stories, experts from IT’IS Foundation shared their best-practice experience with the audience. Bryn Lloyd presented guidance and showed tricks for creating structured and unstructured meshes for neuromodulation applications in Sim4Life and provided additional recommendations for avoiding pitfalls. Antonino Cassarà described how image-based modeling in the context of bioelectronic medicine supports the design of neural interfaces for a specific target nerve, from initial concept to prototyping, including the selection of materials and optimization of geometry. This enables scientists to predict any outcome from translational studies and greatly improves the interpretation of the related validation experiments. Finally, he demonstrated the fundamental tools and capabilities provided by Sim4Life for these tasks, such as the import of labeled nerve image cross sections, meshing, and the development of 3D realistic neuroelectric nerve models within anatomical human models and animal body models

Habib Bousleiman concluded the evening with an overview of the neuroscience-related features and models released during 2019, such as the neuro-functionalized computational anatomical human model Jeduk V4.0, followed by a preview of selected features of upcoming Sim4Life releases that will enable researchers and engineers to further explore frontiers in neuroscience.

It was exciting to see how all of the presentations were met with such great interest. The attendees enjoyed a reception buffet during the event, which closed with a networking session where participants had the chance to discuss remaining questions and exchange experiences with each other.

Many thanks to everyone who contributed to the success of this year's event. We look forward to meeting with you at the Neuroscience 2020 Sim4Life Workshop to be held in October 2020 in Washington DC, USA! 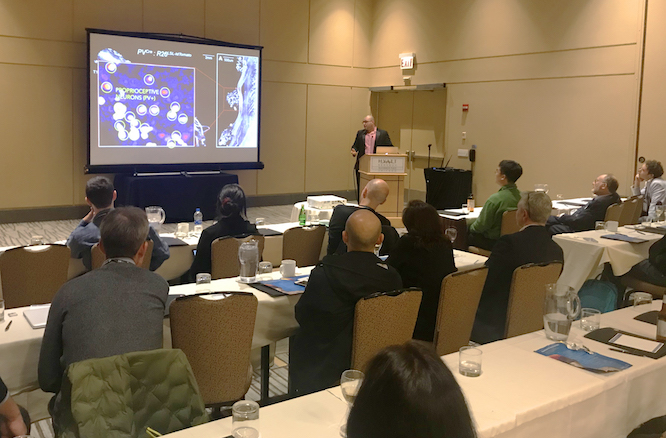 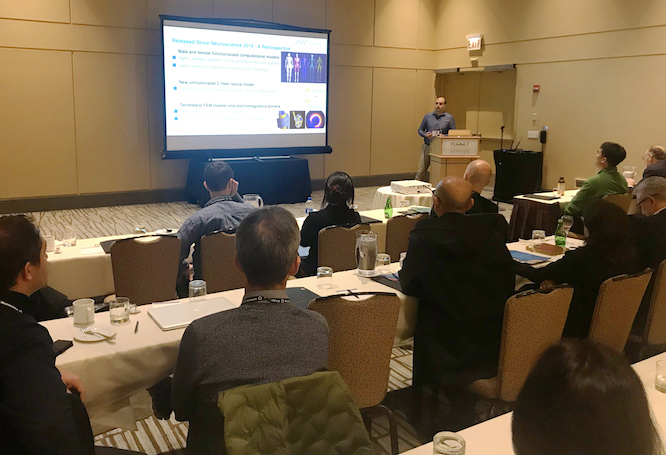 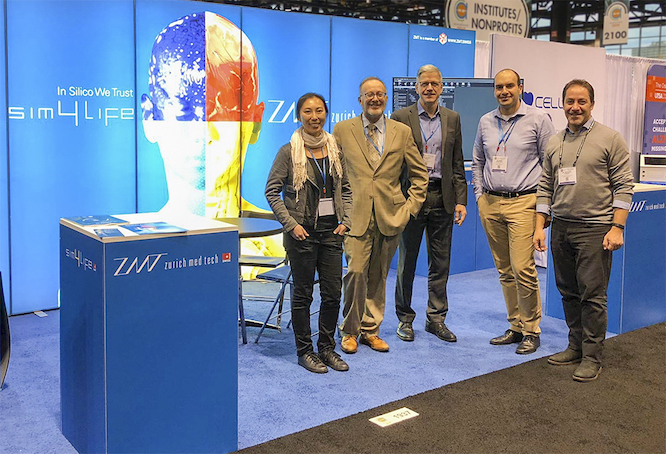