Sim4Life V7.0 offers powerful new features and important enhancements that strengthen the in silico tool set our customers use for research, device design and optimization, and compliance evaluations.

The highlights of Sim4Life V7.0 in a nutshell:

Additional highlights include new CAD modeling tools for extraction of flexible surfaces as well as for generation of implant routings for MRI safety evaluations, support for the latest Ampere GPU architecture, and optimization of speed performance on multi-GPU machines!

Feedback, as always, is warmly welcomed – we listen!

In Sim4Life V7.0 the T-NEURO module has received a huge performance and applicability boost – pushing your neurostimulation applications to the next level.

Neurostimulation modeling in Sim4Life V7.0: Visualization of the electromagnetic field distribution resulting from activation of an intravascular stent electrode in a model of the median nerve neurovascular bundle. 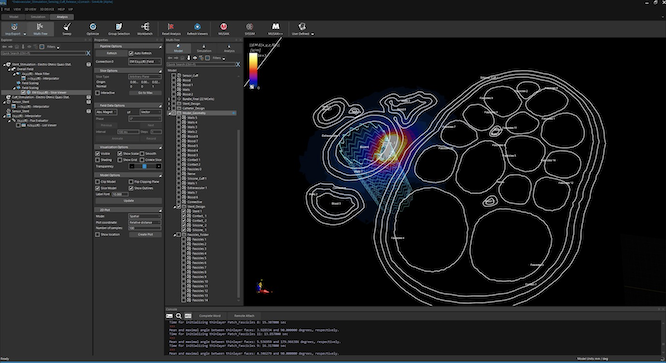 Sim4Life V7.0 makes it easy to transform spline-based sketches into functional models with only a few mouse clicks. Draw any three splines that meet at a point, then multi-select them to reveal the “A-delta” neuron tool: the tool allows you to conveniently adjust model parameters and automatically discretizes your splines into functional sections for simulation.

Slice viewer in Sim4Life V7.0 depicting the fractional anisotropy (a measure of how anisotropic the tissue is), overlayed with the direction vectors of the largest eigenvector of the electrical conductivity tensors.

New modeling features have been added in Sim4Life V7.0:

The new Draw Line Tool in V7.0 allows users to draw the shortest path connecting a sequence of points on a complex surface, such as a ViP model. The loop can be closed automatically and three options are provided: a) create a spline or polyline from the path, b) create a patch of the surface area enclosed by the path, or c) create a surface mesh that covers the loop.

The 5G Toolkit of Sim4Life V7.0 has been extended with a novel solver-enhanced phantom model technique, making Sim4Life the only electromagnetic (EM) software platform that can speedily perform realistic and accurate simulations with phantoms at mmWave frequencies 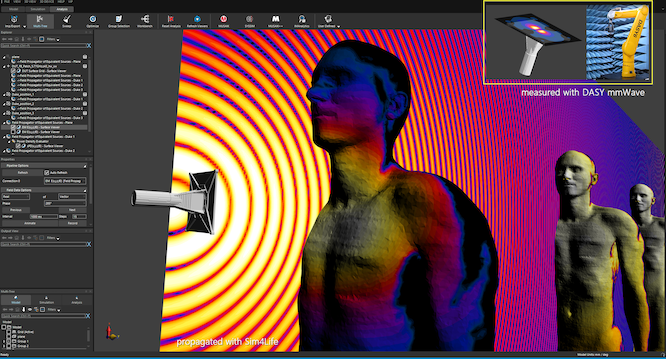 Equivalent Source Reconstruction algorithm used on reference patch antenna operating at 5.77 GHz measured on two planes at 2 mm and 14.5 mm. The resulting digital device under test model, fully portable between DASY8/6 and Sim4Life, is used to propagate mmWave fields on the skin of a human model (Duke) to compute incident PD distribution. 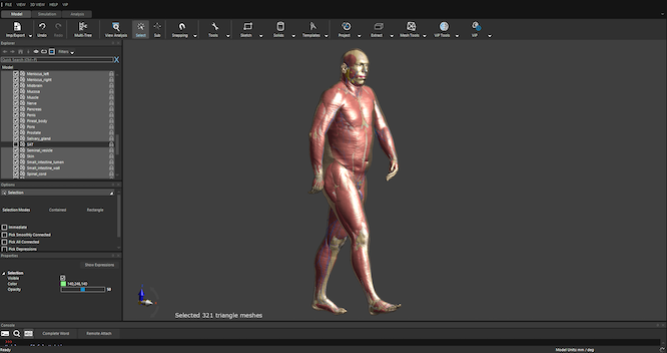 Straightforward extraction of the outer surface from complex CAD models in an example 5G mobile phone, useful when measurement probes need to know accurately where the surface of a device is located, but do not reach inside the device itself.

Field compression in Sim4Life V7.0: Two representative examples showing how the output file size can change drastically depending on the level of compression.

A more comprehensive list of improvements, new features, and fixes is included in the Release Notes.

The relevant Sim4Life installers for Win8.1/Win10/Win11 64-bit platforms can be downloaded here. Existing customers with an up-to-date annual maintenance and support plan, will receive individually all pertinent information regarding the Software Installer Download and updated licenses.

At ZMT we are committed to support our customers with the most innovative software solutions, testing equipment, and service.